Top 5 Reasons Why Your Grocery Bills Are So High in U.S.A 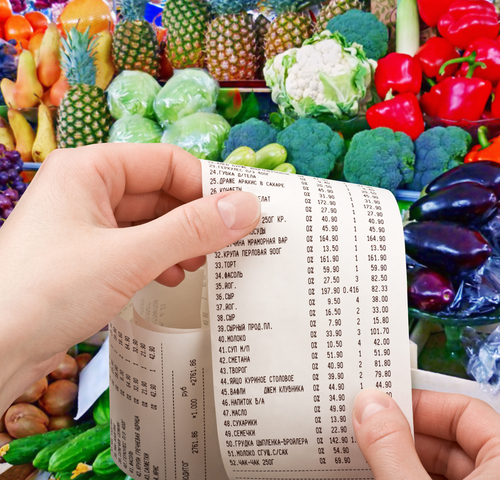 If you ask American households about their grocery spending, a large portion of them would probably say their grocery bill is higher than they’d like it to be, as evidenced by the number of consumers who actively seek discounts (at least six in 10).

Some people have expensive grocery bills because they are on some type of special diet, such as Celiac disease patients who have to buy expensive gluten-free breads and pastas. In such cases, the grocery bill is much more difficult to reduce because some of the expensive food items are, well, a necessity.

In other instances, however, people succumb to certain shopping habits that result in a higher grocery bill. These habits can be adjusted and changed so that a household can end up with a much lower food cost. For your reading pleasure, we’ve created a list of entirely avoidable reasons why a person’s grocery bill might be higher than it has to be. So, are you guilty of any of these expensive grocery shopping behaviors?

Not keeping track of what you buy

Before you get ready to go shopping, do you create a list of exactly which items you’re going to buy? Having a detailed list that includes which items you need, how many, and an estimated cost of each allows you to plan and budget your shopping trip beforehand.

If you stick to your list, you’re less likely to go over budget than if you arbitrarily throw items into your cart without any sort of plan. Also, calculate how much you’re spending as you go through the store. Just about every cellphone has a calculator tool ready and available for use, and if you use the calculator, you’ll know exactly when you hit your spending limit.

Be cautious when using your smartphone while shopping, though. Some of these apps can help you save money (like grocery lists and cost comparison apps), but others, like recipe apps, may make you want to spend more while in the grocery store.

Is an AARP Membership Worth It? Consider These Angles Before Deciding
https://www.myfreewallet.com/making-money/is-an-aarp-membership-worth-it-consider-these-angles-before-deciding/
#Deals #myfreewallet